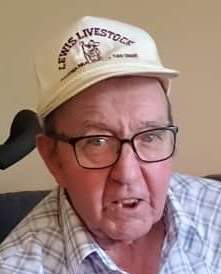 It is with sadness that I write about Jean Baptiste Etchamendy as he has gone to be with the Good Shepherd, our Lord and Savior.  Jean Baptiste was known to his friends and family as JB.  He was born in 1932 and died 2018.  He was born in the mountainous Basque village, Esterençuby, France. He was the third child out of seven brothers and sisters. His parents were Gratianne Guéçaimburu and Jean Etchamendy. JB lived a hard life as he grew up during WWII; France was under German occupation.  His family were sheep herders and life was hard, but JB learned many valuable traits during those years. He spent his summers in an “echola”, a little one room shack he called home while he shepherd the grazing sheep (see picture below).  It was here that he learned to make socks and sheep milk cheese every summer after being taught by his mother. With the economic conditions in France and not being the oldest son, he knew he could not have his own sheep company in France and he dreamed of migrating to America to seek his fortune.

His first attempt to migrate to the United States was interrupted with a call to serve his country in the French Army during the Algerian War.  France honored him with four medals for his service. Injuries to his arm did not keep him from his dream of coming to America which was realized in 1957.  He first worked for his mother’s cousin.  He then formed the Etchamendy Brothers Sheep Company with his brother Martin in 1965.  Martin returned to France and JB ran the company with the help of his wife, Barbara, whom he married in 1968.  They had three sons.  While the boys would work with their dad, he never encouraged them to be sheep ranchers.  JB sold his sheep outfit in 2000.

A story that was told during JB’s funeral was that during at least one live nativity scene at his church in Tempe, he brought in sheep from his flock.  I need to find out if he also brought in real shepherds that were tending his sheep in the winter.  The priest said he wish he had been at the church when JB did this.  I would have liked to seen that too!