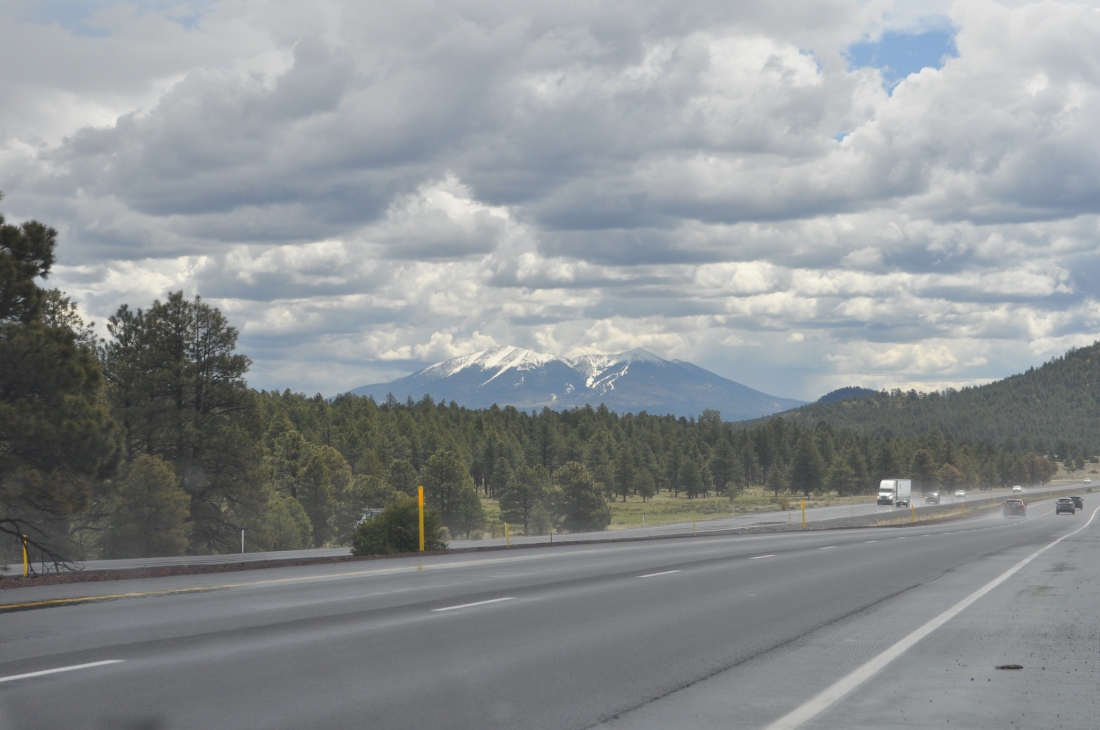 Today’s story may seem like it’s about camels which it partially is. In surveying a route across northern Arizona, Navy Lt. Edward Fitzgerald Beale atop his large camel, Seid, and accompanied by 24 more camels, 10 wagons, pack mules, horses, 250 sheep and 50 men following behind blazed a trail across the state. Now, Beale had learned from previous explorers going across the northern area of Arizona to have a supply of food so you don’t have to eat your pack animals or one you would ride. Thus, the sheep in the camel train!
Most of his trip took place at the end of summer as he was in Flagstaff by September 11, 1857. He reported, “The grass throughout the day has been most abundant, and we have constantly exclaimed, ‘What a stock country!’ I have never seen anything like it…” What Beale did not know was that within twenty years that thousands upon thousands of sheep would be found in the area of Flagstaff westward to Ash Fork. As Beale used the San Francisco Peaks to guide him, sheep would use the cooler temperatures of the slopes and graze on the abundant grasses that Beale had mentioned in his journal.
In crossing the Colorado River, the expedition lost two horses, several mules and many sheep. But no camels were lost. While Beale would make the return journey in January to determine the viability of such a route in winter, documentation of sheep accompanying him cannot be substantiated at this time. More research will need to be done.